The beauty industry as a whole is worth billions of dollars to the US economy each year. Being such a boost to the American economy, with popular brands exporting all around the world, the ‘soft-power’ of cosmetics in the US is indeed a political consideration that sometimes gets debated. 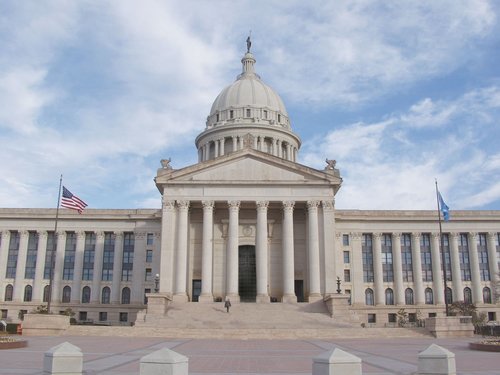 The Background of the Regulation of Cosmetics

Since the beauty and skincare industry truly began to thrive in the United States in the early 20th century, it’s frequently become a matter of debate in terms of regulation and how the safety of customers can be ensured. Cosmetic products fall under the remit of the Food and Drugs Administration, which surprisingly hasn’t updated its regulations on the cosmetics industry in quite a long time. Prior to the act of 1938 which introduced regulations upon the cosmetics industry, monitored and maintained by the FDA, the cosmetics industry was notorious for using toxic ingredients such as arsenic, lead and radium. Whilst not always perfect, the beauty and skincare industry has taken significant leaps forward in terms of product safety since the early days – with legal regulations, and increased public awareness surrounding safety and ethics, providing the motivation for transformation in the industry.

Should Political Regulations be Updated?

As recently as 2015, Congress has been debating an overhaul of regulations surrounding the cosmetics industry and pushes have been made for increased governmental oversight. Updated regulations are being widely welcomed, with an increased consumer focus on the safety of the products they use as well as the ethics that underpin them; take the increasing view that animal testing should be banned as an example.

The beauty industry has changed a lot since regulations were first brought into force in 1938, with companies such as Verso Skincare growing in popularity and providing more advanced products than ever before. New ingredients are being discovered all the time, with plenty of studies and trials being conducted into the effectiveness of different ingredients in skin care products and the makeup that many of us put onto our bodies.

Further Political Factors in the Industry

It was mentioned at the start of this article that the beauty industry is worth billions of dollars to the US economy. Naturally, this brings in significant political interest in terms of economics. Different political allegiances will take differing views on the economics behind large industries, with the traditional left view being that of introducing taxes on the earnings and profits of large companies and regulating their products. On the other hand, what would stereotypically be seen as a more right-wing and conservative viewpoint would be the reduction of taxes for businesses and making it as easy for companies to develop products and trade as possible; through tax breaks and incentives and limitation of regulations. The social justice and ethical campaigns often pushed forward by modern-day brands appeal to a younger, and typically more liberal, audience – but the business-minded political viewpoints of those who own these companies may differ from the consumers who buy into their brands.

What will happen with regulations surrounding cosmetics remains to be seen, but one thing that’s guaranteed is that politicians will always have an interest in this wealthy industry.