The defining political battle in the 20th century was the clash of ideologies which occurred between the capitalist West and the communist East. After the end of the second world war, much of eastern Europe was occupied by the USSR. Berlin was divided into two, with the east being controlled by Soviet forced while the 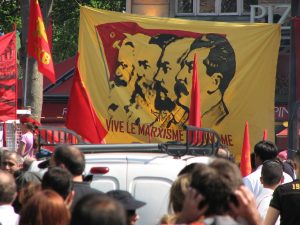 west was under the control of western allies.

This division was fueled by a battle for ideologies with the two world powers both keen on expanding their worldview and limiting the power of their opponents. These geopolitical tensions manifested themselves in a number of ways for many decades until the fall of the Berlin Wall in 1989. The Vietnam War, which is now considered one of the most needless and military failures in history, was one such conflict where communist and capital ideologies were at logger’s heads. Despite significant funding and military assistance from the United States, Southe Vietnam eventually fell and the country remains communist to this day.

Berlin became the most significant marker of polarization of the cold war period. In 1961 the Soviets constructed a wall through the center of Berlin, physically diving the now German capital physically in two. Life flourished on both sides of the wall in two very different ways until reunification occurred in 1990 after the fall of the wall – effectively ending the UUSR and the cold war. The wall symbolized the stark tensions between the east and the west and today, despite being reunified for almost 30 years, differences between the two areas of the city are still visible. 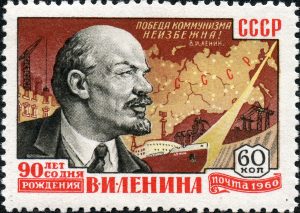 The Cuban Missile Crisis was another defining moment in Cold War history. As the United States and the USSR faced off against each other, Cuba was used as a base for Soviet nuclear weapons leading to tensions which reached fever pitch, with many believing that nuclear war was a matter of hours away. The Middle East also became a battleground of ideology. Both Russia and the west were pumping money into Iraq, Afghanistan and Iran in order to secure vital strategic influence over the region. Despite wars and revolutions, the location remained largely independent and today they are neither communist or pro-western in ideology.

In the United States. communism is still viewed as a dirty word because of the effects of the cold war period.