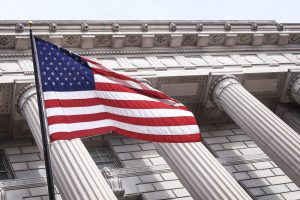 The United States is classified as a federal republic. The elected President and both houses of Congress have a role in passing laws. Congress consists of two houses, the Senate and the house of representatives. The Supreme Court also plays a greater role in the American democratic process than it does in many other countries.

While America has many political parties, two dominate the system, the Republican Party and the Democratic Party. In broad terms, the parties and right wing and left wing respectively. However, both parties are to the right and the United States has less emphasis on the role of the state in politics than in many other countries.

Much of the American ideology comes from the constitution which was written in 1787 when modern America was founded. After the fall on the might empires after the First World War, America became a global power on the world stage and took the defacto role as acting as judge and jury in international conflicts. Many have described America as a neo-colonial power. 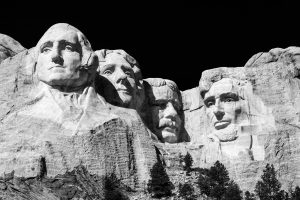 American elections are held every four years, with mid-term elections being held to elect people to Congress which can hinder the process of a President they do not retain or gain control of the houses. American Presidents can serve a maximum of two terms in office.

One of the major criticisms of American politics is the vast amounts of money spent during election campaigns. Unlike many other counties where spending is carefully monitored and heavily restricted, spending on US elections is much more liberal.