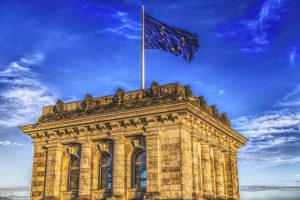 The European Union is a political collaboration between 28 European nations. The EU was formed in the 1950s in a bit to ensure peace and stability in the region after two world wars which had put an untold strain on the people, its governments and its finances. The union originally consisted of just 5 members and has grown steadily over the years to the institution we know today.

The EU has created a single economic market in which goods, services and people can flow freely. This means there are no tariffs between the trading countries and all must adhere to the same rules hen trading with those who are outside the union. It also means that people with an EU passport can live, work and study in any other country without requiring a visa.

In 2016 the United Kingdom voted to leave the EU in a referendum which dived the country. It is the first country to do so and is proving difficult for the UK government to resolve, especially as half the country are passionate about staying in the EU and are campaigning to do so. Many other EU countries also have parties advocating to leave the union.