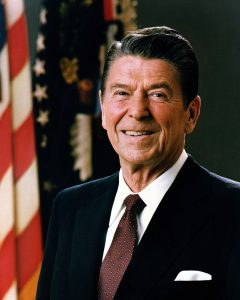 Just like left-wing politics, right-wing politics encapsulate the range of different parties and ideas. However, some key things include a neo-liberalist economic policy and advocating a social hierarchy which they claim is impossible to eradicate through government policy. They are also less likely to be supportive of progressive social policy such as legalizing abortion and permitting same-sex couples to marry. Right-wing politics are more likely to advocate religion and tend to value traditional practices.

Capitalism is a cornerstone of right-wing policy. They believe that the market should have free reign and dictate the price of housing, food and other material goods. Under Ronald Reagan and Margaret Thatcher, two political heavyweights of the 1980s, the notion of the free market and antiregulation were heavily advocated leading to its implementation across the world.

It must be noted that there is a clear difference between those on the right and those on the far right. Those on the far right, such as the Nazi Party, actively used murder to try and cleanse society of different ethnic groups. The world is seeing a resurgence of far rights groups across the world today which is a significant concern for governments.